It is easy to become jealous while scrolling through social media. You might feel worse about yourself after scrolling through Facebook or Twitter. Vacation photos, wedding shoots, grandchild announcements – it can be enough to make you seriously envious. While the bases for jealousy have evolved, jealousy can become a life-threatening condition.

Jealousy is as old as the Bible.

Acting upon jealousy is a biblical phenomenon as well. We learn in parshat Toldot we learn of how the Philistines, jealous of Isaac and his wealth, stop up the wells serving Isaac’s flocks. These are life-preserving water sources for the flocks and Isaac’s clan. Add tribalism and fear to jealousy and we have a life-threatening situation.

Social media today is an amplifier of these precarious human sentiments. In October 2021, a Facebook whistleblower testified to Congress that Facebook knew the extent to which social media is harmful, especially to young women.  The testimony revealed nothing new. “Researchers have known for years that social media has a negative impact on how young women feel about themselves,” says Jennifer Mills is a professor of psychology at York University. 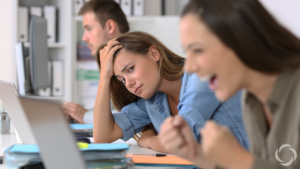 The linkage of social media and jealousy exposes a shadowy aspect of human nature. People are sometimes willing to cause harm acting on jealousy. Social media platforms are particularly good outlets for jealousy, often among teens and young adults, sometimes in the form of revenge. One result is the current cyberbullying crisis. Motivated by jealousy, tribalism, and fear, social media participants can become troublemakers and worse.

The tactics of cyberbullying include posting comments or rumors about someone online that are mean, hurtful, or embarrassing. Cyberbullying includes threatening to hurt someone, posting a mean or hurtful picture or video, posting false information, and even telling someone to kill themselves. As a result, targets of cyberbullying are at a greater risk than others of both self-harm and suicidal behaviors. Students who have experienced bullying are twice as likely to commit suicide.

Sadly, human nature has not much evolved in three millennia. Only the modalities of how we torment rivals have evolved. In ancient Canaan, the modality was stopping up wells. Today, jealous people attack through social media. Either way, we need to spend more time confronting the human predisposition to harm rivals of whom we are jealous. We must learn the lesson that jealousy is a dangerous and disruptive emotion.

Children are on the Road
Scroll to top