The press analyzed every single body movement as the two brothers walked behind their grandfather’s casket.  William and Harry had not spoken for more than a year. Perhaps the world hoped that these royal siblings would end their estrangement.  In a tale reminiscent of a biblical story, we had the opportunity to watch them and perhaps reexamine our own opportunities for reconciliation and growth.

The death of the Duke of Edinburgh in 2021 was a chance for Harry and William to reunite. In Torah, we read a similar story about the funeral of Abraham, attended by his oldest and scorned son Ishmael and his younger, favored son Isaac. Torah being less investigatory than the British press offers nearly no details of the reunion.

Presumably, Ishmael and Isaac have not been together since Abraham gave Hagar a skin of water and sent Ishmael into the wilderness. Sarah had demanded Ishmael’s dismissal. God backed Sarah on that deal. Isaac was to be the next progenitor of the Jewish people. Ishmael’s crude ways and tainted pedigree were incompatible with the future Jewish ethos. 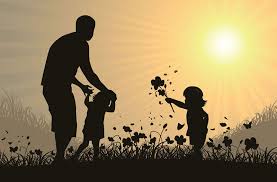 Some 60 years passed from Ishmael’s expulsion to the reunion. Ishmael and Isaac stood together, peacefully, before their father’s internment. Subsequently, there were no other reported sightings of Ishmael and Isaac together.

Our tradition has not been kind to Ishmael. The great Torah commentator Rashi describes Ishmael as a highwayman.  The rabbinic imagination has historically been harsh even to Ishmael’s descendants, described in Torah as demons of the outhouse! (kiddushin 72a:10)

Some commentators wondered if  Ishmael arrived to collect an inheritance. If Ishmael was so motivated, he was disappointed to find that Isaac was the sole inheritor of Abraham’s wealth. We can imagine the conversation between Ishmael, laying claim to the estate as the firstborn, while Isaac responds with his superior position by virtue of being Sarah’s and not a slave woman’s son. Ishmael might also have reminded Isaac that they are both sons of the covenant, Ishmael having been painfully circumcised at age 13, while Isaac was an unaware 8 day old when circumcised. Sadly for Ishmael, circumcision conveys no rights of inheritance.

Alternatively, Ishmael’s reappearance at this funeral reasserts his claim to the land of Canaan promised to all of the descendants of Abraham. The Rabbis try to jettison that claim stating that we are B’nai Israel. The children of Jacob are the sole inheritors of that land. In fact, Ishmael and his descendants were not sedentary homebodies.  As seen later in Torah, Joseph’s brothers sold him to a caravan of Ishmaelites, beginning Joseph’s sojourn in Egypt.

Perhaps  Ishmael’s banishment was precisely because Ishmael had not inherited Abraham’s good character. Greed could be a motivating factor for his return upon Abraham’s death. Yet, as the son of an enslaved woman, Ishmael would have had no reasonable expectation of inheriting. His return appears to be purely gratuitous and born of a sense of obligation.

The expansiveness of time allows for kinder interpretations by us as modern commentators. Doesn’t Ishmael demonstrate good character rejoining his brother to honor their father? The death of a parent or righteous person typically brings people together, even if temporarily. Ishmael shows character when he set aside anger for the greater purpose of honoring his father.

Perhaps Ishmael was working through his agony of being rejected and expelled by his father. Ret 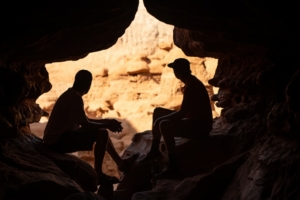 urning to bury his father may have been Ishmael’s way of exorcising his rejection demons.  Attending this burial required Ishmael to confront his pain, a necessary step toward healing.

Ishmael’s return may also represent a bit of kind-heartedness. Proverbs 27:10 reminds us “a close neighbor is better than a distant brother.” Showing up demonstrates a willingness to stand alongside his half-brother and extended family. The medieval commentator David Kimhi (“Radak”) opined that Abraham must have raised Ishmael to behave well and know the ways of the Lord. To condemn Ishmael as evil is to criticize Abraham.

Just as Harry’s appearance at his grandfather’s funeral represented only a fleeting reunion, so too Ishmael’s attendance at Abraham’s funeral appears to have been ephemeral. Yet, there are lessons to be learned. Whatever Ishmael’s wild nature might have been, he was present when needed and attentive to familial obligation.  If he harbors anger at his rejection and expulsion, he manages those negative emotions sufficient to stand shoulder to shoulder with his brother, Isaac.

Ishmael’s appearance at his father’s funeral demonstrates for all of us a pathway to overcoming estrangements and setbacks.  Ishmael’s life was upended by Abraham, and Isaac was the winning rival for their father’s investment. Yet, he demonstrates for us the strength of character to show up in peace for this sacred and transitory moment in time.

The world remains riveted to the story of the royal family of England, and its defectors, Harry and Meghan, who have decamped to California. As tantalizing as the feuding might be, there is also the great expectation of a reunion between brothers Harry and William. On the day of their grandfather’s funeral, Harry shows up with all of his hurt and a bit of contrition. Whether reconciled or recalcitrant, they carried on the biblical traditions of showing up, remaining civil, and keeping the peace.

Keep Calm and Challenge On

The Dangers of Jealousy
Scroll to top