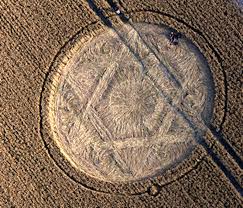 Ask 100 American Jews where they feel most Jewish, and three answers are most likely to emerge: synagogue, home, and Israel.  Synagogue is a communal space for ritual expression of Jewish identity.  Home is a private space that we sometimes open for others to join our celebrations of Jewish space and time.  Israel is an ancestral portal for collective history, yearning and building a dynamic society unique on earth.  All of these make sense.  But our Jewish sense of place can (and must) be more than synagogue, home and Israel.  That’s part of what The Jewish Studio is about, and here’s why.

Except for the most traditional Jewish neighborhoods, the modern ethic of separating the spiritual and secular tends to divide space into the publicly Jewish and everything else.  Spaces that aren’t overtly Jewish (e.g. synagogue, Jewish Community Center, kosher restaurant, mikveh) thus become secular, implying “not Jewish” – but it wasn’t always so.  Medieval courts and public courtyards once were centers of Jewish culture and commerce.  The Haskalah (European Jewish Enlightenment) of the 18th and 19th centuries flourished in heady salons where thinkers, movers and shakers mingled as if at a combination cocktail party and “open mike” night.  Bakeries across the Pale of Settlement were places to plug into the latest news (and famously confuse one family’s cholent pot for another).

Jewish sense of place used to be flexible and porous, not rigidly separated between overtly Jewish and everything else.  Flexibility and porousness are exactly Jewish tradition: we’ve made a Jewish sense of place wherever we’ve gone, wherever we’ve gathered together to do Jewish.  If so, then we can ask: where can we make today’s equivalents of history’s courtyards, salons and bakeries?  Why not also parks, museums, culture clubs, test kitchens, beaches and studios? How exciting to project a Jewish sense of place as open as our imagination and as close as the local farm stand.  How vital, vibrant and real our Jewishness could be.

Building and Nature
Scroll to top