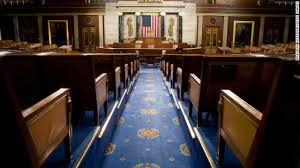 Rabbi Yitz Greenberg, founder of CLAL and interpreter of Judaism as a Modern Orthodox Rabbi, recently gave a “State of Judaism” talk in San Francisco.  After assessing the problems, including that nearly 90% of Jews in the Bay area have no Jewish affiliation, his advice was the following:

1.  We must re-articulate the Jewish narrative.  We must offer religious and moral experiences that are as powerful as other choices people have in the non-Jewish parts of their lives.

2.  Our infrastructure needs to respond to where people are.  They won’t come to us.

3.  We need to engage Jews in a way that is simultaneously deep and distinctive, but that is not bigoted and tribalist.

If this were truly a State of the Union address, there would have been thunderous applause and a few standing ovations.  In the meantime, the Jewish Studio is doing its part to follow much of that advice.  Stick around – perhaps our own State of Judaism address in the coming years will speak of how we articulated, responded and engaged!