I recently visited the Ukraine memorial in Washington, DC. It is a bas-relief commemorating millions of deaths in Ukraine in the 1930s. Millions of Ukrainians are again imperiled. Families are being ripped apart, others are seeking refuge in new lands, and many are fighting for a treasured homeland. These stories are familiar to those who know Jewish history.

Jews inherit the trauma of generations who endur 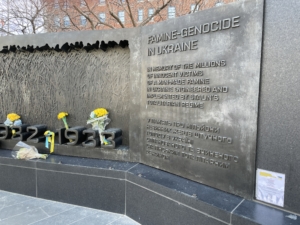 ed times of great peril. From the Assyrian invasion of Israel in the 8th century BC to the destruction of European Jewry, nations of the world assaulted the Jewish people time and again.

Perhaps the miracle of Judaism is that the Jewish people persist despite the millennia of oppression and hatred. Judaism has survived in part because of our attachment to the land of Israel. Jews in the diaspora have dreamed of Zion even when we Jews had no hope of returning.

The reports from Ukraine show a similar attachment to the land. The Ukrainian people are committed to defending their nation. We can appreciate reverence for land as a core Jewish value.

Yet a superior Jewish value is the preservation of life. Exactly these competing values challenge Ukrainians today. Some are leaving their homes and homeland to preserve life. Others are defending their homeland, risking life to protect their land. And the evil Putin, covets land and abhors life.

The Jewish vision for the future is of a world at peace. All attachments to land and nations will be released.  As said in the last lines of Talmud tractate Ta’anit 30b: “In the future, in the end of days, the Holy One, Blessed be He, will arrange a dance of the righteous, and He will be sitting among them in the Garden of Eden.” Until then, our mission is to preserve life. And history will record how we respond to Ukraine’s call for help. 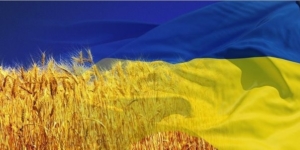 Five Freedoms for a Fantastic Seder

Dancing with Zelenskyy
Scroll to top